AN INTERVIEW ABOUT THE FILM BLACK WIDOWS WITH Venita Ozols-Graham

With the release of the twisted and dark revenge comedy BLACK WIDOWS, director Venita Ozols-Graham and writer Jordan Goetlting craft a tale of devilishly sweet revenge on those men who date rape, abuse and degrade a trio of best friends. Blending sinister humor, elements of SEX IN THE CITY and web of wicked attitude and empowerment, Venita took a few minutes out of her ever growing schedule to talk the leading ladies of BLACK WIDOWS, real life horror, appealing to a wide audience and the creation of comedic horror in this interview for THEBLOOD-SHED.COM! 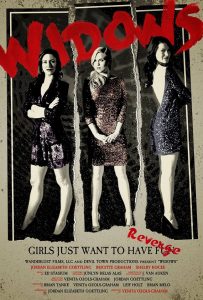 BLACK WIDOWS hit VOD on August 5th. Talk to me about about the two leading ladies as well as producers and writers Jordan Elizabeth and Brigitte Graham?

Right after Used Body Parts, the actress I dismembered, Jordan Goetlting, asked me to read a script she’d written based on an idea Brigitte Graham had. I helped her develop the script and then the planets aligned and we made a crowd funding campaign and off we went. Jordan wrote the other two widows parts specifically for Brigitte and her other friend, actress Shelby Kocee. The three of them were naturals comedians and friends and the chemistry was awesome. Magical.

Why take on a film and a tone like BLACK WIDOWS which focuses on the themes of revenge, murder and rape? What kind of responsibility and focus does this take to create a connection to both genders, the LIFETIME movie crowd as well as horror fans?

The writer, Jordan, is an actual date rape victim in real life and this was an opportunity for her to wrestle with her demons in a positive and constructive way. Black Widows is a dark comedy based on the concept of what if you were date raped and your friends helped you get him drunk, kidnap him and drive him to the desert and strip him and write rapist on his chest and when he woke up, he’d have to hitch hike naked back to town. But then things don’t go as planned…. over and over again until all three girls have become BLACK WIDOWS. We worked hard to stay on the fence between drama and comedy…no easy feat. What attracted me to the project was the friendship between the three women…that they’d go to great lengths to support each other, no matter what. Female camaraderie is fabulous. And potentially lethal.

For you, what is the moment really is the fingerprint of BLACK WIDOWS?

When the three widows are standing over the dead body of their first victim and start bickering about job losses, boyfriends and blood splattered on their shoes. Their relationship supersedes everything, even reality.

What goes into cultivating of empowering female characters that are beautiful, wicked as well as have layers in their performance?

That’s easy. It’s a woman thing. Women inherently know how to be beautiful, wicked and have many, many layers. I just had to set them free. 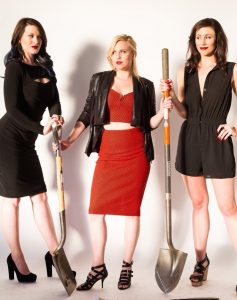 Why is horror in its fluid form such a great platform to create art and drama with?

I’ve been in love with horror since I was old enough to watch TV. Horror is liberating. It sets you free. Anything goes. Societies constraints mean dog doo next to horror. Who cares about mundane, ordinary people? It’s the serial killers, mindless murderers, demented stalkers and monsters that enthrall us because they embody the extremes of human behavior. They shine a light on what we’re all potentially capable of. And we want so desperately to understand them so we may be able to protect ourselves against them when we are confronted by them. Keep your friends close and your monsters closer ?

What’s next for you? Where can we find out more?

I just finished a nasty little feature script called SPIDER LAKE that is now in the hands of producers with financier connections. Hopefully, we’ll be filming that next spring. In the meantime, I’ve just co-written another horror short. THE HOOK, with Brigitte Graham that we’re planning to shoot in October. Gotta have another horror short to submit to festivals next year! I’ve become a film festival junky!!! 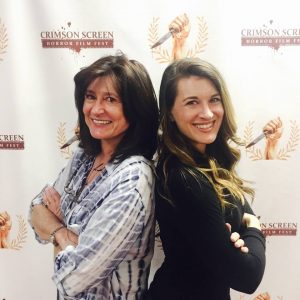